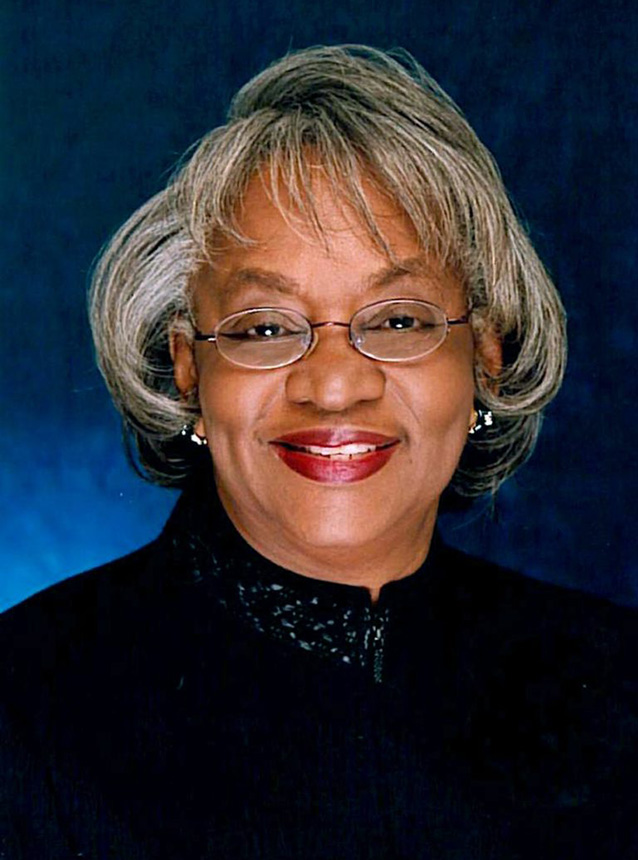 Mrs. Connie Speights Richardson, Episcopal Supervisor, was born and raised in Marianna, Florida where she was an active member of St. Luke Baptist Church, with Christian experiences al-so gained at St. James A.M.E. Church. She is the second of three daughters born to the late Sarah L. and Cleaster Speights. She at-tended Jackson County Training School and not only graduated without missing a day of school for twelve (12) years but was also valedictorian of her class. She graduated from Tuskegee Institute (University) with a Bachelor of Science in Nursing degree; gradu-ated from the Medical College of Georgia with a Master of Science degree in Nursing and completed post-master’s work at the Uni-versity of Florida where she became licensed as a Nurse Practi-tioner. She is a national board certified Adult Nurse Practitioner. She is board certified by the American Nurses Credentialing Cen-ter of the American Nurses Association. She is licensed in Florida as an Advanced Registered Nurse Practitioner. In 2010 she was awarded an honorary Doctor of Humane Letters Degree. Her pro-fessional life has been dedicated to caring for critically ill patients and teaching students majoring in nursing. Mrs. Richardson af-firms that her career has been challenging, yet rewarding. Begin-ning as a Coronary Care Unit Nurse at Crawford W. Long Hospital in Atlanta, her entire professional life, totaling 35 years, have been devoted to instructional experiences at St. Joseph Hospital School of Nursing in Atlanta, Grady Memorial Hospital School of Nursing, Atlanta, Kennesaw College Nursing Program, Kennesaw, Geor-gia, Florida State University School of Nursing and Tallahassee Community College Nursing program in Tallahassee, Florida. Mrs. Richardson is a member of the American Nurses Associa-tion, the Florida Nurses Association, the Association of Critical Care Nurses, the Big Bend Council of Advanced Practice Nurses, and a member of Sigma Theta Tau (National Nursing Honor So-ciety).

She served as a board member of Big Bend Hospice, Inc. She is a board member of the Black Women’s Agenda and a member of the Potomac Chapter of Links, Inc. She has served as Supervisor of the Women’s Missionary Society in the Fourteenth Episcopal District, West Africa and the Nineteenth Episcopal District, South Africa. While serving in South Africa she was robed by the Wo-men’s Missionary Society and named Masechaba, “Mother of the Nation.” While serving in South Africa, she pursued one of her in-terests, studying and facilitating educational programs and dis-cussions on health related problems with an emphasis on HIV and AIDS. She most recently spent eight years in the Second Episcopal District comprised of Maryland, Washington, DC, Vir-ginia and North Carolina. She championed such issues as Do-mestic Violence, Women’s Health issues, hand washing, other health related matters, the recruitment of young women, support of the Second District Incentive Shelter in Raleigh, NC, support of smaller congregations and support for pastors traveling long dis-tances. She most recently served in the Eleventh District, her home District, where she gave leadership to several missionary endeavors, many of which were focused on health initiatives, aid to the poor, ministries to youths and issues that affect women and children. In addition, she initiated the Pinning Ceremony for newly recruited members of the Women’s Missionary Society. She looks forward to a fruitful ministry in the Tenth Episcopal District. She is married to Bishop Adam J. Richardson, Jr., the 115th elected and consecrated bishop of the A.M.E. Church. They have two adult children, Monique an elected County Judge and Trey (Adam, III) who was awarded two masters degrees in 2004. He holds the Master of Music degree in Saxophone Performance and a Master of Music degree in Music Theory. He is also a certified radiog-rapher. To God be the Glory! She enjoys quiet time and spends time reading, listening to music and watching almost all sports.